So, you’ve heard about the Law of Attraction (LoA) and shoved it in the garbage bin in your brain. It’s in the same pile with “Astrology is a science, How to find out the name of your guardian angel, and The aliens are among us.”

You rely on common sense and you don’t allow mysterious claptrap and the spiritual sweet talk to seduce you.

And I’m with you. Except when it comes to the Law of Attraction.

What if I told you there is more common sense to the LoA than you think? And that manifestation tools, aligned with its principles, can help you reach any goal?

Just hear me out.

In case you’re clueless about the LoA

This way or another, the concept of LoA is ancient. But it is the Russian occultist, Helena Blavatsky who coined the term which appeared in her book: “Isis Unveiled,” in 1877.

Yet, it’s not before 2006 and the world famous movie and the book the Secret, by Rhonda Byrne, that LoA became widely recognizable....and a huge controversy. Folks don’t tire of either glorifying or trashing the LoA.

The idea behind is that the magnetic force of our mind (our thoughts, beliefs and feelings) and the overall energy we emit, somehow determines our future by attracting certain events, opportunities and outcomes.

For example, if you focus on NOT having enough money to pay your bills, constantly worry about your debts and obsess over your finances, you will only attract more bills, more debts and money problems. And the opposite, if you imagine your wish coming true, make vision boards, believe you can achieve what you’re aiming for, it WILL manifest.

The Law of Attraction: Love me. Love me not.

It’s rather obvious why the concept became viral and was elevated to the level of religion.

And Mme Blavatsky was no fool when she used the term “law,” to describe this debatable principle of the Universe. The word stands for authority and something you can’t negotiate or dispute. Because it’s the Law. 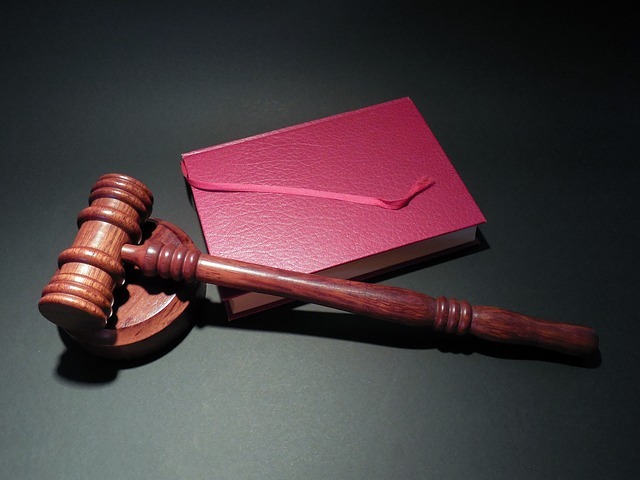 And, people are lazy. We prefer comfort and not to sweat too much. In fact, that habit is pretty much what drives the businesses and industries in the whole wide world.

At the same time though that doesn’t stop us from wanting everything and wanting it NOW. And the LoA fits that tendency of ours like a glove.

All we have to do is:

...and the world is our oyster. If you only do these couple of things from the comfort of your couch. It’s yours! ANYTHING you want can be yours! And that’s by no means wishful thinking. It’s the LAW.

And a bunch of people swear that practicing the Law of Attraction and using the tools to attract what they want, helped them reach their goals. Real, living people.

Honestly, it’s hard to imagine anyone is not a sucker for it.

So why aren’t you?

What’s not to love?

So, they brought it on themselves? They emitted the vibration that wiped them out from the face of the Earth?

Yep, that’s hard to believe. It also makes no sense.

And what about good old-fashioned hard work? You know, blood, sweat and tears that lead to success. A vast majority of gurus focus on the wishing, thinking and conjuring the positive outcomes. While, most successful people, some of which are passionate followers of the LoA, didn’t just sit cross-legged on the floor and summoned their dreamy lives up.

They went out there. They fought and hustled for years before they made it.

The human mind and emotions are complicated. How can we not get upset when we can’t pay our bills? Or be sad and unhappy because our partner left us? Some people have experienced devastating trauma in their lives. And its consequences will always be a part of their lives. So now what? They can only hope to attract more such events?

Also, let’s not forget proponents of the LoA claim it’s based on science.

But I won’t go there. Because in my experience, if you’re not a well-grounded scientist yourself, you can only understand both the claims and contra arguments halfway.

Which leads to believing whatever you gravitated towards from the get-go.

More so, whatever scientific proofs support either followers or non-believers, who’s to say they’re final?

Take the goodies and toss the rest

Human lives are immensely complex and claiming only one force or principle rules,iwell it is ridiculous.

I strongly disagree that a starving man is to blame himself because he didn’t visualize food well enough. Or that any of us can control what the future holds. And if it’s not good, then it’s our own fault.

The question however is, if you do everything you can to determine your destination, motivate your crew (and by the crew I mean your efforts and actions), oil up the engine and consult the compass on a daily basis, can you hope to influence the weather so you get safely to your port of call?

I’m afraid I don’t know the answer. Because it boils down to what you believe.

Coincidence or not though, the tools that the LoA practitioners and gurus have created to help people manifest what they want, are perfect to get your ship and the crew in the best, fittest possible shape you can imagine.

So it’s common sense to use them.

Even if you are 100% sure nothing in this world can help you "manipulate the weather."

Which leads us to the real secret behind the LoA.

I hate to break it to you, but the mighty secret is a tired cliché: “everything you need is already inside you.” Namely:

Your mind is the puppet master. And if not more, the LoA rules for manifesting what you want, can be a toolbox for excellence.

Our minds are problem-solving engines. When you set your goals and picture the outcomes you want to achieve you're giving your “computer” a problem to solve.

Your brain then looks for ideas, paths, opportunities and possibilities.

When you visualize positive outcomes, you stimulate your brain to keep looking for the answers. To keep learning new skills and acquire knowledge. You assure yourself that what you want IS possible. Doable. And that you deserve it.

Before we get what we want, all of us (more or less) struggle with our insecurities and fears we never will.

Or we don’t think we deserve it.

And, the emotion of self-doubt is yet another task to our brain: “make sure I am right to doubt being successful (in whatever) is possible.”

And there you have a glitch. You assigned your mind with 2 tasks which annihilate one another. Not even a supercomputer can solve that one.

That’s why you need to align what you wish for with what you believe is possible.

Affirmations are an amazing tool well because they boost our self-confidence.

Affirming: “I attract success into my life” often, will make you confident that you do.

And people you get in touch with will pick up on that and treat you so.

Then, who knows what opportunities to become tangibly successful these people will bring your way?

See, it’s hard for your problem-solving engine to work for you if you forget about your yearnings and forget yourself in TV, computer games, having fun, self-pity or whatever your poison is.

When you think about this, it's contradictory. But this aligned with the LoA manifestation tool helps you ACT and DO things which bring you to hitting your marks and doing your happy dance of success.

And what about the magic?

This is the part where you dump this post on the pile with the rest mumbo-jumbo stuff.

But I gotta say it.

So, after you’ve imagined your success, planned and strategized over the steps to take on that path... And then dived in... When you’ve worked hard while believing you CAN achieve what you’re after... And you’ve given your desires and your goals all you’ve got...

Is it absolutely impossible that an unprovable and unexplained force, will honor you with a touch of good luck along the way?

Is it possible that the touch, the sprinkle of magic, God’s affection, the Force or the Law of Attraction belong on the pile with: “Unanswered questions and unsolved mysteries?”

And that believing is just another expression of your desire to live your life to the fullest and to belong to something greater and more magical than yourself?

And this question is what I leave you with:

Who’s to say the Universe is done surprising us with more unimaginable and unbelievable facts that may one day, or sooner, shake up everything you thought you knew? 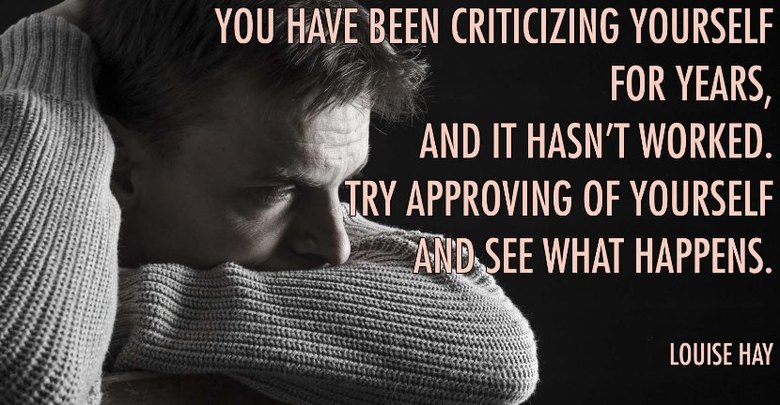 It's OK for You to Use Positive Affirmations 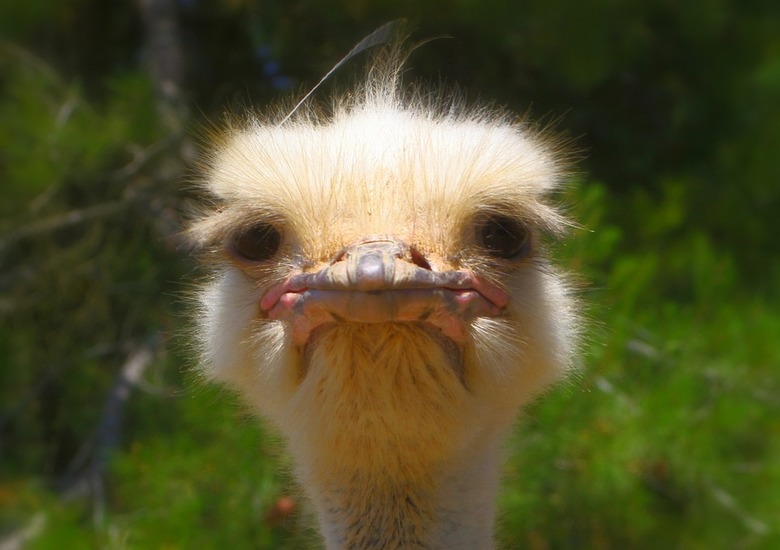 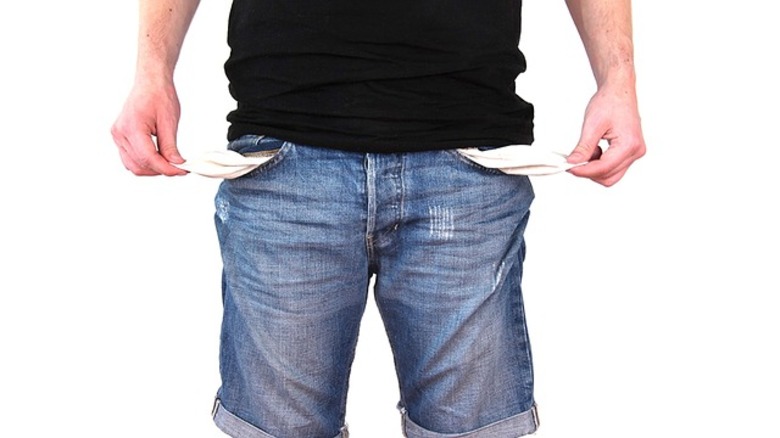