Stop your nightmares and get your dose of relaxing and refreshing sleep with the help of this powerful affirmations album. 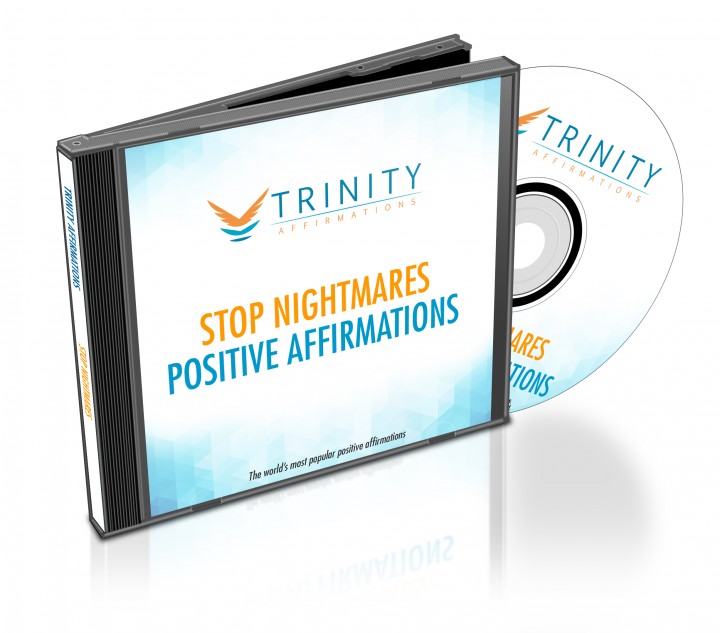 Everyone has a nightmare once in a while – they usually come as the result of a stressful day or some particularly disturbing thought or image (horror movies, anyone?). But sometimes they come in cycles, night after night or you can go several days or weeks without them and bang! It strikes again.

This kind of nightmares is particularly disturbing because it usually creates in people the expectation and fear that they will have the nightmare again, which increases the likelihood of it really happening: our mind just loves to give us what we expect it to give us, so when we expect a nightmare, we will get a nightmare.

If you want to get rid of yours, this album can help you do it for good!

As nightmares are a result of built up stress and anxiety, caused by negative memories and thoughts, positive thoughts are the best way to fight them – they simply neutralize the effects of the negative ones and stimulate the changes within your subconscious that will change the patterns which make the nightmares appear.

This album works by:

This album will be most effective if you use it right before you go to sleep, but you can also listen to it during the day for deeper and stronger effect.

Stop your nightmares naturally! Download this album now and see the difference within a few days – perhaps even tonight you will have a good nights sleep and pleasant dreams!